Antigua’s hotly anticipated US$250m Pearns Point resort and residential project has been named one of the top real estate developments in the world.
The luxury scheme currently under construction on the island’s west coast was the only one in the Caribbean to make the top 50 in the list published by Elite Traveler magazine. Pearns Point claimed 45th spot out of a total 248.

The New York-based bi-monthly publication – aimed at ultra high net worth readers – assessed developments across the globe on everything from location and price, to local amenities, national GDP and billionaire population. Topping the list is New York’s 432 Park Avenue – a set of luxury apartments comprising the tallest residential tower in the western hemisphere. In second place is the St Regis in Singapore, known for its round-the-clock butler service and chauffeur-driven Bentleys. The heavyweight ranking in the magazine’s September/October issue once again brought Antigua & Barbuda before an international audience, cementing the country’s status as a prime place to invest.

The 141-acre Pearns Point site will eventually be home to a 60 to 80-suite hotel – managed by a leading five-star brand – plus 60 luxury condos and 50 private homes designed by acclaimed Dutch architect Piet Boon. The deluxe residences are being exclusively sold and marketed by Savills International and its Antigua-based associate Luxury Locations whose CEO Sam Dyson said: “This rating is a major coup for Pearns Point, coming less than 18 months after its official launch. Since ground was first broken in 2013, interest has flooded in from the international community. We’ve already confirmed almost US$25m in sales.”

Pearns Point developer Albert Hartog said he was delighted. “This is indeed proof of our promise to bring something truly exceptional to the international real estate market while flying the flag for Antigua & Barbuda. Work is rapidly progressing and we’re very much looking forward to unveiling our first show home soon. The properties will be quite unlike anything the island has seen before.” Antigua scores two more mentions on the list; Jumby Bay’s celebrity-magnet residences came in at number 146 while Tamarind Hills overlooking Darkwood Beach was placed at 158.

Dubbed the ‘private jet lifestyle magazine’, Elite Traveler describes the index as the “definitive guide to the best of the best in residential real estate developments”. Pearns Point even ranks above the US$3.5bn Baha Mar resort in Nassau, Bahamas, which took 79th position. In addition to its pristine location with seven spectacular beaches, what sets Pearns Point apart is the focus on low density, environmentally sensitive construction. Locally sourced natural materials will harmonise and complement the organic surrounds.

Boon was enlisted in 2013 to draw up a total concept from the structural architecture to the landscaping, fittings and furnishings. One of the biggest names in the industry, he is known for his incredible craftsmanship and minimalist contemporary elegance. Major factors in Boon’s designs are durability, longevity, low maintenance materials and designs, and minimal ecological impact. Native wood and local rock will be a strong feature. For the purposes of aesthetic cohesion, all structures will have exterior similarities although clients who opt to build their own will have freedom to exercise their own creativity too.

With a host of enticing optional features such as private gyms, al fresco showers and outdoor wood fireplaces for the colder months – not to mention the jaw-dropping vistas – it’s easy to see why Pearns Point is piquing the interest of the world’s elite and is well on track to becoming one of the region’s most sought-after addresses.

In September 2015, Orange Limited, the developers and creative minds behind Pearns Point and Marina Residences, attended the CityScape Global…

Pearns Point – the new home to the world’s elite

Last April Orange Limited, the developer of Pearns Point, organised a grand opening event on site to make some major… 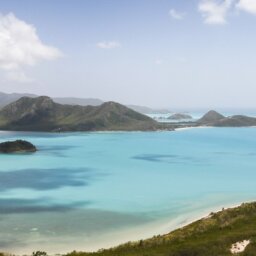 From Chinese billionaires to Dubai royalty and French aristocracy, the Caribbean’s twin island state of Antigua and Barbuda is attracting… 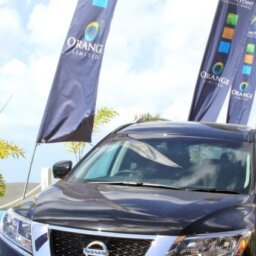 On April 25, 2015, delegates from across the world gathered to mark the official opening of luxury real estate development… 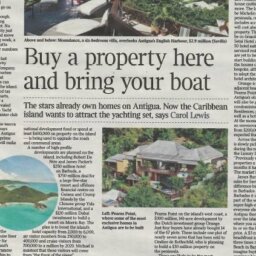 Pearns Point in The Times

Times Journalist Carol Lewis reports on Pearns Point as part of her article on luxury developments in Antigua:   http://www.thetimes.co.uk/tto/life/property/overseas/article4433312.ece 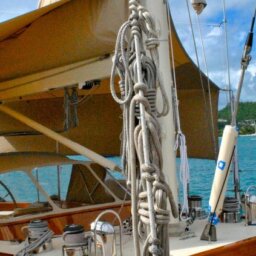 With clear blue skies and tropical heat, the Pearns Point Round Antigua Race was a gentle introduction for close to… 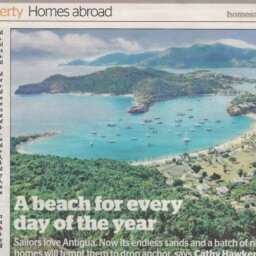